Search The Blog
By: Peter M. Rogers
November 17, 2014
2 comments
More from this author

It seems every day I read another story about a burglar being caught because the homeowner had a security camera in place that captured images of the intruder.

More and more burglars are learning the hard way what home security cameras can accomplish, which is a good thing.

Not All Home Security Cameras Offer the Same Protection

However, there is a dark side to home security cameras that is working its way into the public’s awareness – and that is just how easy it is to hack some of these devices.

If you’re like most people, you don’t want to give up your privacy to get some added peace of mind. And it happens that not all home security cameras offer the same level of security. Some homeowners are often remiss in setting up what few security measure may be available, as revealed in this story, out of Phoenix.

Phoenix and Scottsdale residents had no idea their home security cameras were hacked. We found live streams of people's bedrooms, living rooms, and playrooms, the inside of their homes streaming online for everyone to see.

That’s right: you may think you are the only one who has access to what your wireless home security cameras are seeing – but that is not necessarily the case.

How the Hackers Did It

Security experts say homes that were hacked were using the default password. "Many cameras and devices in general, because they want you to be able to access the device for the first time, will have a default password," said Matthews. Sometimes the default username and password is “admin,” or “admin” and “1234.” Companies expect customers to change the default passwords, but lots of people don't.

Well, that tells part of the story. The truth is that some of these cameras are not that hard to hack even with a customized password in place. It’s just as important to buy cameras with higher levels of built-in security.

Make Sure You Shop Wisely

We agree that hacking is common – and will only become more so. This is why it is very important to make sure you utilize every security feature available to you.

It starts before that, with the equipment you buy. Some home security cameras have more robust anti-hacking protection than others. You should not have to spend a ton of money, but it probably makes sense to ask the right questions, and then spend a little more to get the peace of mind you deserve. 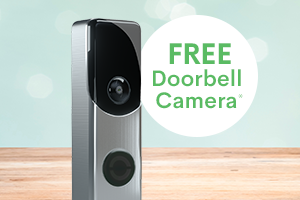 Home Security Cameras
Comments
Della
Your post was very informative about the hacking of security cameras. I agree that the customer should do their research and always change a default password of the camera system. I just couldn't imagine my privacy being invaded like that. Hopefully the consumer will start being smarter than the crooks.
Reply
Luana
Ótimas dicas...
Reply
Find the right system