Your Guide to Motion Sensors.

You can’t have a home security system without motion sensors. There are many types of motion sensors to choose from depending on your needs. This guide will help you understand what a motion sensor is, what types are available, and how they help keep you and your family safe.

What is a Motion Sensor?

How are Motion Sensors Helpful?

How do Motion Sensors Work? 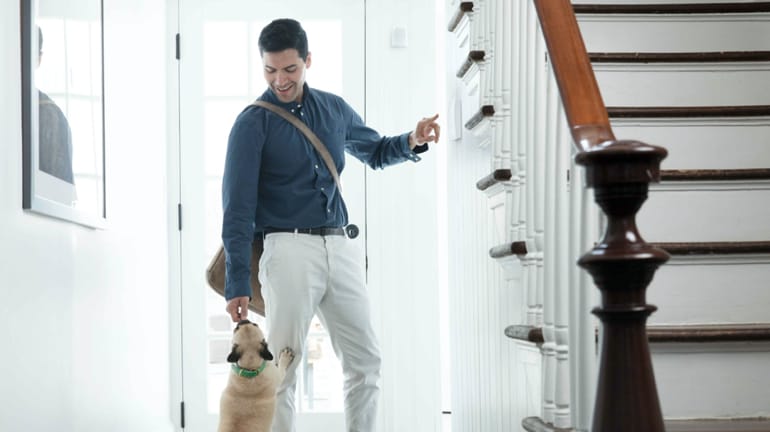 What is a Motion Sensor?

A motion sensor, also known as a motion detector, is an essential piece of any security system. It detects movement in your household and notifies your control panel, alerting the monitoring center to contact you.

How are Motion Sensors Helpful?

That’s how often an in-home burglary occurs. That’s almost three burglaries every minute, and about 3,757 burglaries a day.

How do Motion Sensors Work?

Passive infrared (PIR) sensors are the most common motion sensors installed in homes today. They detect both movement and body heat using infrared energy. They’re also pet-friendly, allowing your small animal (usually up to 50 lbs) to stay home without tripping the sensors.

Microwave (MW) sensors are common for businesses but can be used in larger homes as well. They detect movement in bigger areas of the home, like a living room or a front room with a high ceiling, by sending microwave signals out and timing how long it takes for the signals to come back. Unfortunately, these sensors tend to be more expensive than PIR sensors and don’t play well with electrical interference, resulting in frequent false alarms.

Like MW sensors, ultrasonic sensors send out waves (in this case, ultrasonic or sound waves), and wait for the signal to return. If something is in the room and not supposed to be, the sensor will notice the discrepancy when the ultrasonic waves return. Unfortunately, a change in temperature (a rise or drop of 5-10 degrees) can affect the sensor’s accuracy.

Vibration sensors can be homemade, though we wouldn’t recommend it. They detect any sort of vibration in the home (as big as an earthquake, as small as someone bumping into a chair). Vibration sensors are not recommended for use by themselves, as they wouldn’t be able to see a rise in heat like the PIR sensors, nor measure discrepancies in a room like MW or ultrasonic sensors. 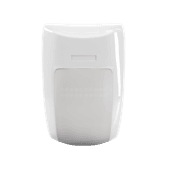 Although some motion sensors require wiring, most sensors these days are wireless, eliminating complicated installations and allowing for a much simpler set-up. Wireless motion sensors can usually be installed without the help of a professional, keeping the installation process in your hands.

Our pets are no burglars, and motion sensor technology has taken that into account. PIR and dual technology motion sensors ignore animals under a certain weight, making it difficult for Mr. Snuggles to trip the system. The only potential downfall is that larger animals might still set off the sensors, so consider your pet’s size when deciding whether to add motion sensors to your home.

If you haven’t done it before, installing motion sensors by yourself can be a daunting task. Here are some tips to help you feel confident installing them in your home, without the help of a professional.

Tip #1: Stay Away From Heat

Keep sensors away from heating sources like vents or stoves. The heat can throw off the infrared signals, causing a false alarm.

Make sure you place motion sensors in a location where potential threats have to walk. This tactic will maximize your chances of catching a burglar in the act.

Most sensors detect motion in parallel movement best. Place sensors in a hallway or stairwell, so an intruder walking by will trip the alarm.

Keep valuables safe by putting a motion sensor near them. The intruder might know where you keep your high-priced items, so protect them with motion sensors.

Now that you know everything you need to know about motion sensors, it’s time to make a smart investment. With pet-friendly motion sensors covering a 44-foot area, motion sensors from Frontpoint have you and your household covered. Get a quote to protect your home today!

Thank you for your request!

A home security specialist will contact you shortly to provide you with a FREE quote.

Finally, a home security system that earns your trust.

Frontpoint’s 9.3 Trustpilot rating says it all. Get a free quote.

Get a free quote